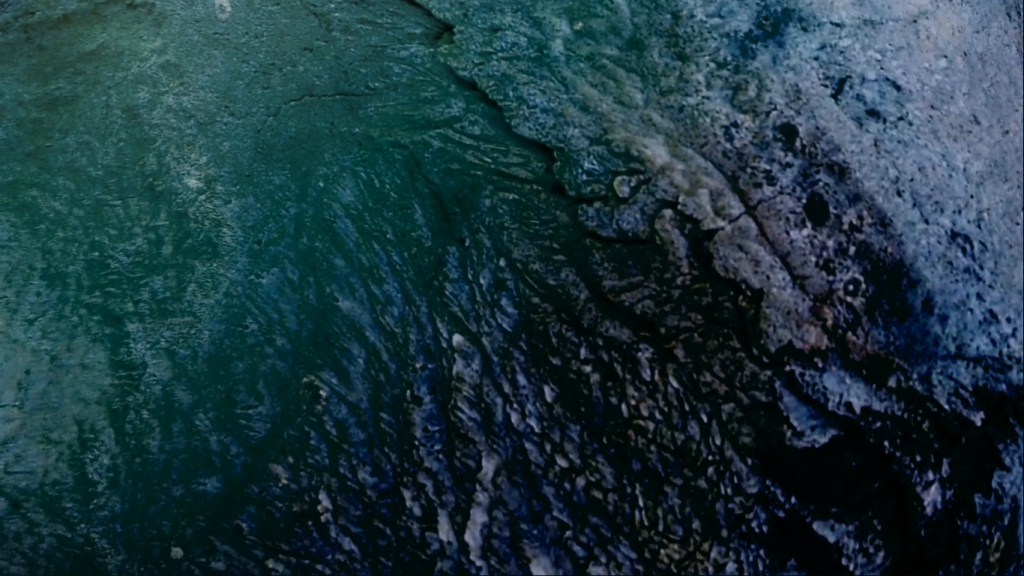 The Mariner’s Oubliette was filmed in the North Slope Borough in Alaska where human and other animal interests of many kinds intersect. With oil interests to the West and the conservation area to the east, such interests coalesce within a crucible of environmental contention.

The Bowhead whale is an important animal to the Inupiaq people and skeletal remains can be found scattered around Barrow and Kaktovik. Polar bears in the area depend on leftover whaling carcasses on the shore from hunting trips for food. There is symbiosis between culture and nature – a sort of magic, which this video work seeks to capture through an abstraction of imagery and sound.

The ‘oubliette’ is a name associated with forgetting. In medieval times, it signified a dungeon with the only entrance or exit being a trap door in the ceiling.