Vanishing Point: Where Species Meet is a three-channel video work commissioned for the Gothenburg Biennial 2011,Pandemonium by the curator, Sarat Maharaj. The brief was for a site-specific, relational work: Vanishing Point focused on the roof of the main Biennial building, Roda Sten, situated on the River Gota waterfront. Research included acquiring knowledge of and developing sensitivity towards the site, including the various species of gulls, their diet and behaviour and was conducted through discussions and interviews with local fishermen, birdwatchers and pavement café owners in the area. Seagulls are often regarded by people locally, as a nuisance.

The performance-based HD video work documents a meeting between a human and the gulls around a custom-built table at which food (bread and fish) is prepared and shared. The table, designed by the artists, also played a crucial role in generating and testing our ideas concerning notions of sharing and hospitality across species.

The performance took place on the roof of Roda Sten, the main Biennial building in Gothenburg, on the River Gota waterfront, along which al fresco café and restaurant tables are targeted on a regular basis by fearless gulls.

Vanishing Point can be seen as a critique on the legacy of how Christian values have been interpreted and together with Cartesian objectivity, have placed anthropocentrism and human interests at the heart of our conceptions of the world, to the detriment of a potentially more ecological consciousness. Such viewpoints have contributed to a dislocation between human beings and the wider environment rendering it largely as a series of resources and sites for exploitation. The project asks how performance, involving the free will and participation of non-human others, may be used to test ideas of parity. Vanishing Point sets out, site-specifically to reconfigure ideas of notoriety and interspecific social order. How can art and aesthetic presentation contribute to the reappraisal and rehabilitation of a known pariah? In the context of long-established scientific rationale and religious dogma, the work attempts through the processes and actions of art, constructively to effect new audience-awareness of interspecific interdependence?

For the biennial,Vanishing Point was exhibited alongside works by Francis Alys and Ernesto Neto. 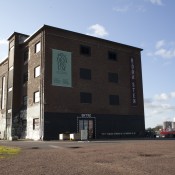 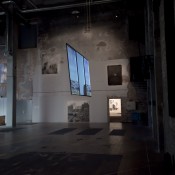 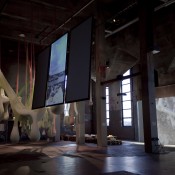 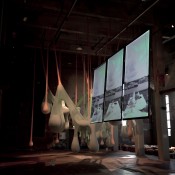 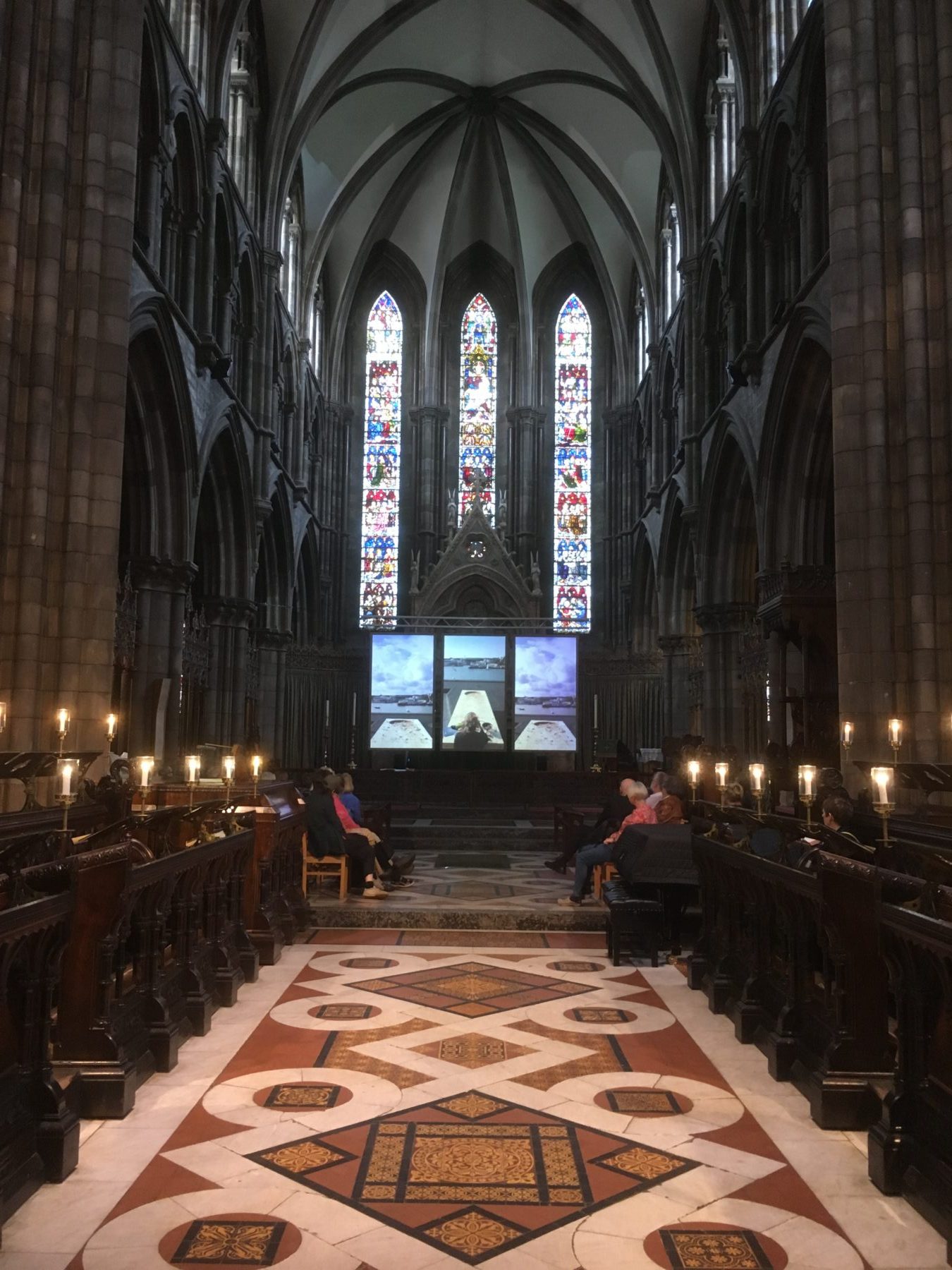 Despite the original site-specific setting on the Gotheburg waterfront, our ambition has always been to show this work in an ecclesiastical context. In some small but significant way, the work can be construed to reference a well-known biblical miracle narrative in which generosity and sharing are key. But strategically, rather than situating it entirely in human terms, it carries the idea  across and between species. 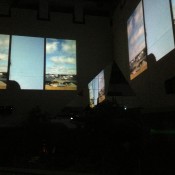 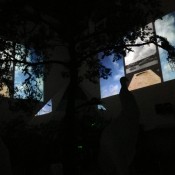 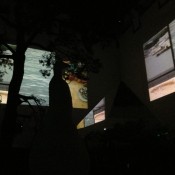 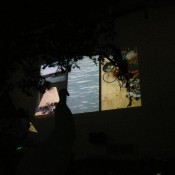 Vanishing Point was shown in 2014 on a vast exterior wall at the State Darwin Museum in the Russian capital. For the first three weeks in February, the video was screened each evening between 6.30 and 11.00 pm and was seen as something of an antidote to the long winter nights in Moscow.

The Darwin Museum’s publicity for the screening explained: “This gift is not only for visitors, but for those who are waiting at the bus stop or passers-by. No matter how fast you race past, there’s time enough for it to catch the eye. Blue sky, wind, unity and harmony between man and nature – something sorely lacking in the big cities.”