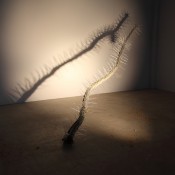 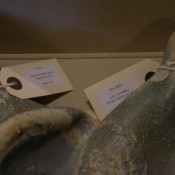 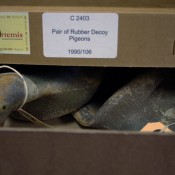 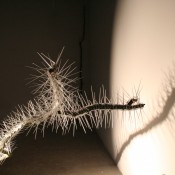 Lee on human-pigeon co-habitation in a Shoreditch studio

Nine artists from across the North of England were invited to create new work in response to Artemis, an amazing collection of over 10,000 objects relating to world cultures, fine and applied art, science, natural history, textiles and costume, social history, childhood and more. Based in Holbeck, Leeds, the collection forms an art loan service for Education Leeds to which artists have been given exclusive access. The title of the show ‘Hunter Gatherer’ refers to a term used by anthropologists to describe the way in which human beings collected food before the advent of agriculture. Here it references the artists and the processes they employed in sifting through the vast Artemis collection. The resulting works include sculpture, installation, film, prints and drawing which form part static exhibition and part on-going project within the space. Curated by Pippa Hale.

For some time we have been working with ideas of representation and the shortcomings that any representation must acknowledge and bear. With representation comes the responsibility for the abbreviations it makes of the thing represented. When we found the decoys, boxed up in amongst the shelving we liked the rather sad sense of expiration they seemed to exude. Whatever they were made for, it seems their useful life was over – and yet they were eloquent in their rather perished and redundant condition. There is humour here, even absurdity – decoys (a bit) like this were and are used for attracting live, inquisitive pigeons in order that they be shot as vermin or to fill the pastry shells of latter day hunters.  Yet now they look so forlorn and somehow unlikely, it seems hard to imagine that they ever constituted a lure of any kind for real, living birds.

Birds, like humans, mistake simulacra for the real thing at their peril. We live in a constructed world populated by representations that suit us and make of the real world something manageable and tolerable. Such illusions make us vulnerable.

During a recent project we gathered anecdotes from people regarding human- non-human animal encounters. The tale told here concerns the alliance between an artist living and working in a huge warehouse space in East London and a resident flock of some 200 pigeons, upon whose presence his work and living arrangements are ultimately absolutely dependent.

The spikes are designed to deter birdlife and most commonly, pigeons. Between the lure and the deterrent we position ourselves – because of the very specific nature of these items of equipment, their duplicity and contradictions, it’s clear that we have designs on pigeons – and yet despite our apparent antagonism the dove (note the euphemism) is our ultimate symbol of peace and biblically, the perennial symbol of hope.