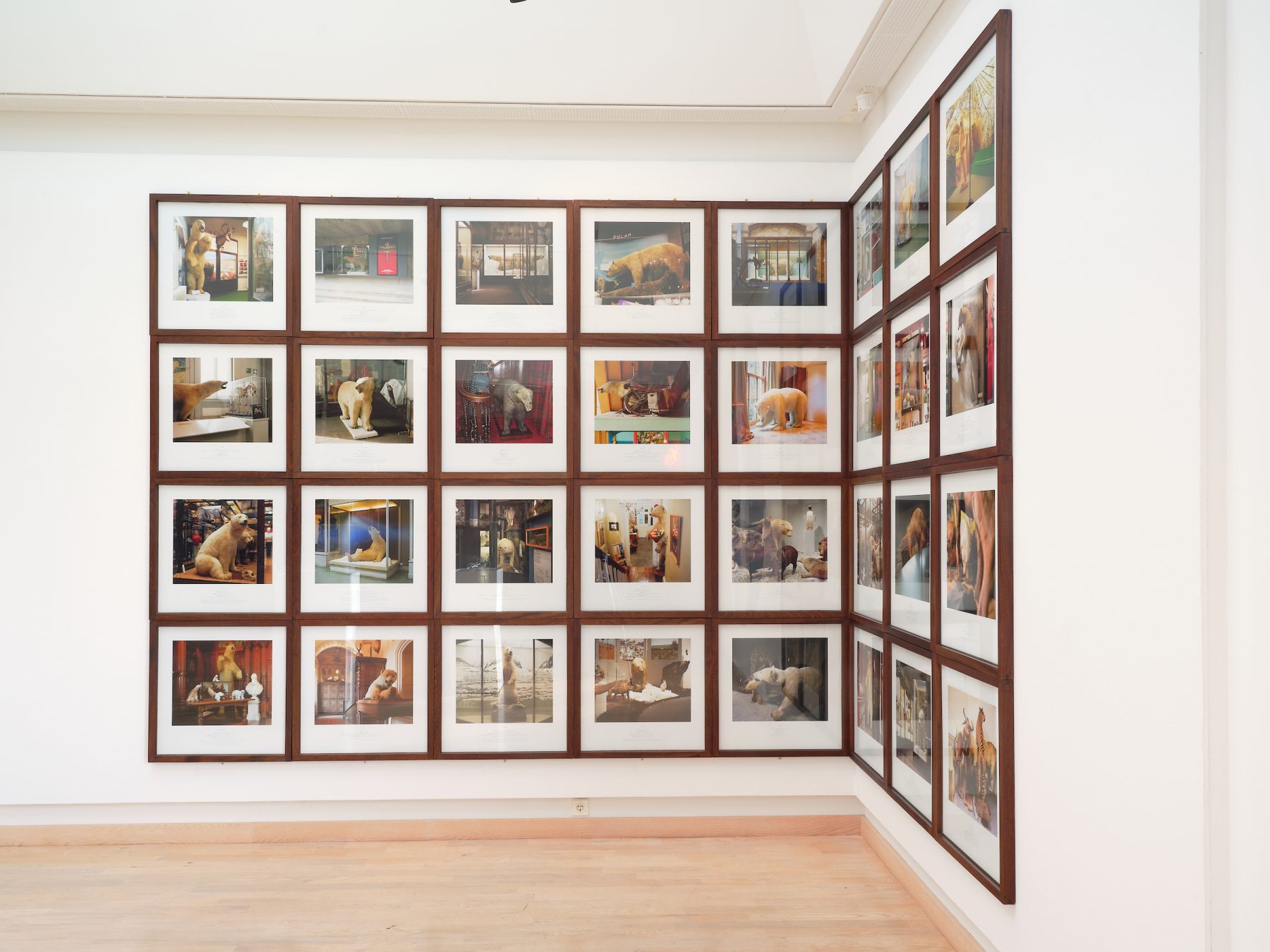 nanoq: flat out and bluesome
2001-2006
Series of photographs from Snæbjörnsdóttir/Wilson’s survey of taxidermied polar bears in the British Isles
Collections of Reykjavík Art Museum, Iceland and Nevada Museum of Art, USA

Between 2001 and 2006, Snæbjörnsdóttir/Wilson surveyed and photographed taxidermied polar bears in the UK, as found in storage, on display or undergoing restoration. As part of this project, the artists assembled an archive of images of the bears, incorporating the specific provenance of each specimen; their history and, where possible, the date, places and individuals associated with their death or capture. The photographs are a strange and sometimes unsettling documentation of the polar bears in situ, within museum displays, storage environments and both grand and modest, domestic settings. On one hand tragic and melancholic, they also reveal a layer of humour in the often-unnatural positions, conditions and contexts of the bears, as curiosities, captive still within their cultural environments.