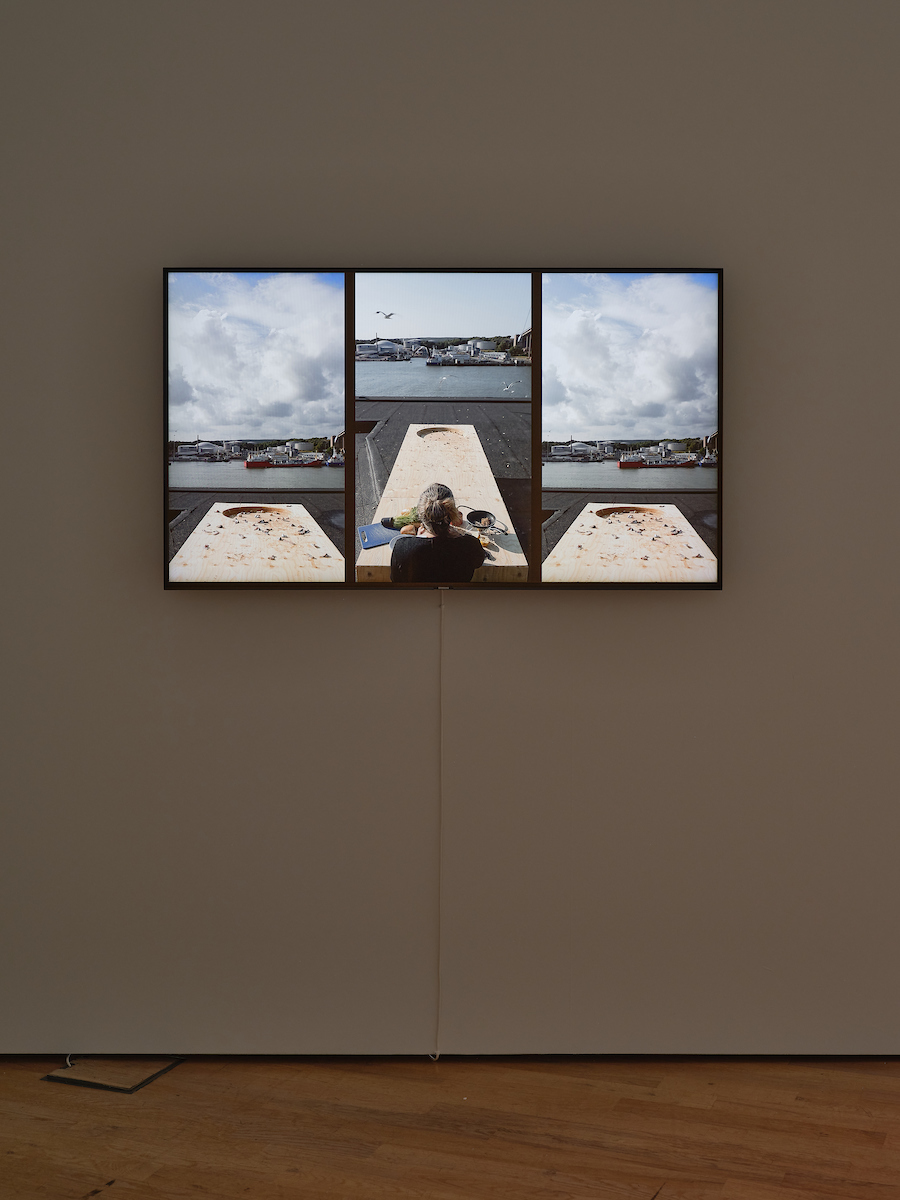 Vanishing Point: Where Species Meet | 2011
Performance video (19:00)
Vanishing Point: Where Species Meet is a three-channel video work commissioned for the Gothenburg Biennial Pandemonium in 2011 by the curator Sarat Maharaj. The performance-based HD video work documents a meeting between a human and seabirds around a custom-built table at which bread and fish is prepared and shared. The performance took place on the roof of Roda Sten, the main Biennial building, on the waterfront where food at al fresco café and restaurant tables is targeted and seized, on a regular basis, by fearless gulls. Despite the original site-specific setting, Vanishing Point is a critique on the interpretation and legacy of Christian doctrine which together with Cartesian objectivity has detrimentally placed anthropocentrism and human interests at the heart of western conceptions of the world. The artists’ ambition was ultimately to place this work in an ecclesiastical context. In another way, the work references a well-known biblical miracle narrative, in which generosity and sharing are key, but here, rather than situating it entirely in human terms, it extends the generosity across and between species.