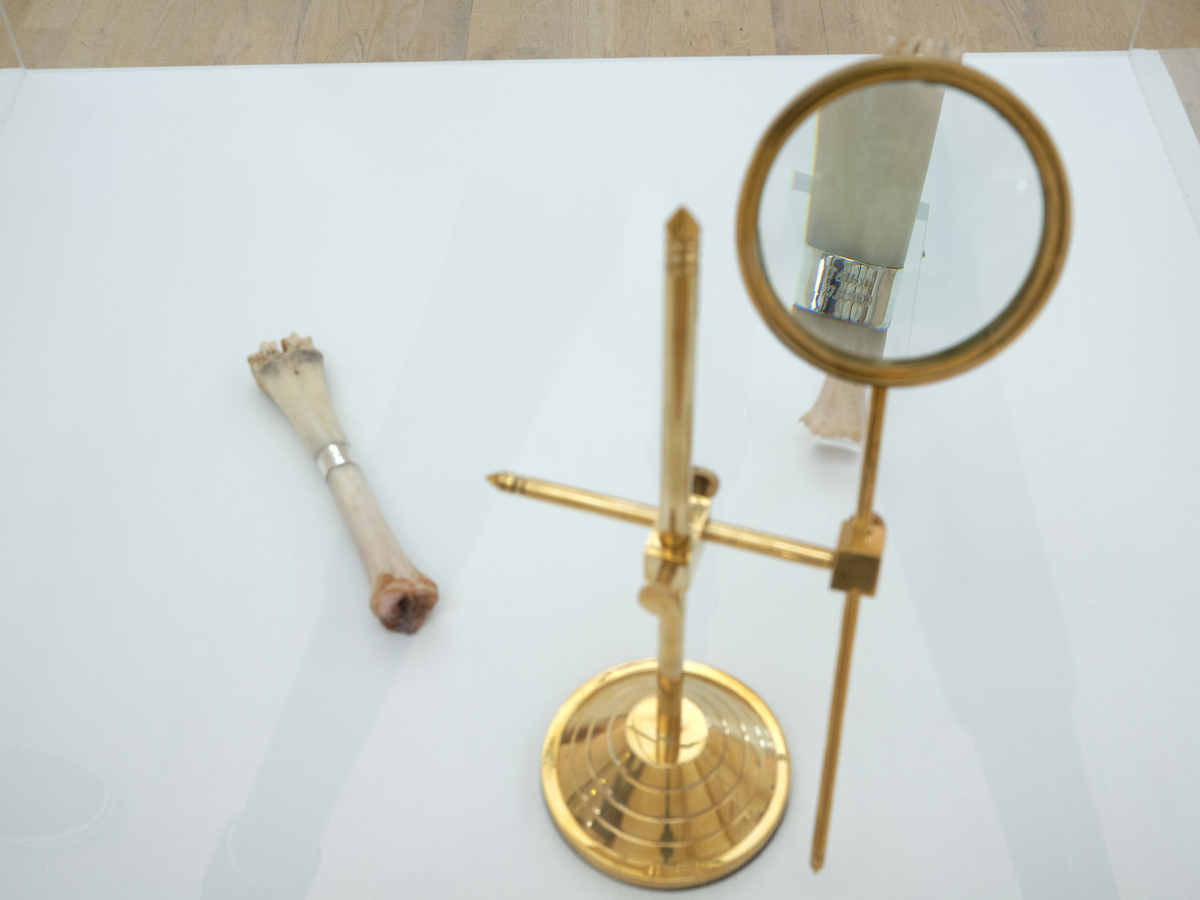 ‘The Fall – 2009–2010’ | 2016
Sheep leg bones, engraved silver bands, magnifying glass, reports, vitrine
Silver bands inserted into and extending two leg-bones, inscribed respectively with the words Tálkni 2009 and Tálkni 2010, the dates when the sheep were herded off the mountain and slaughtered.
In October 2009, a small flock of feral sheep that had lived independently of humans for some decades on Mt. Tálkni, an inaccessible part of the Westfjords, was rounded up by a team of men and dogs from the neighbouring communities. Observations by local farmers suggested that these sheep possessed some physiological adaptations, including a supposed increase in leg length. Nineteen sheep were caught but five perished as they fell from the towering cliffs. All those captured were taken to slaughter immediately and information concerning their physical changes lost in the process. The incident, and subsequently this work, serve to highlight tensions that surface when our will to categorise and contain meets the will of domestic animals who transgress the invisible and unspoken boundaries that separate landscapes of domestication and wildness.