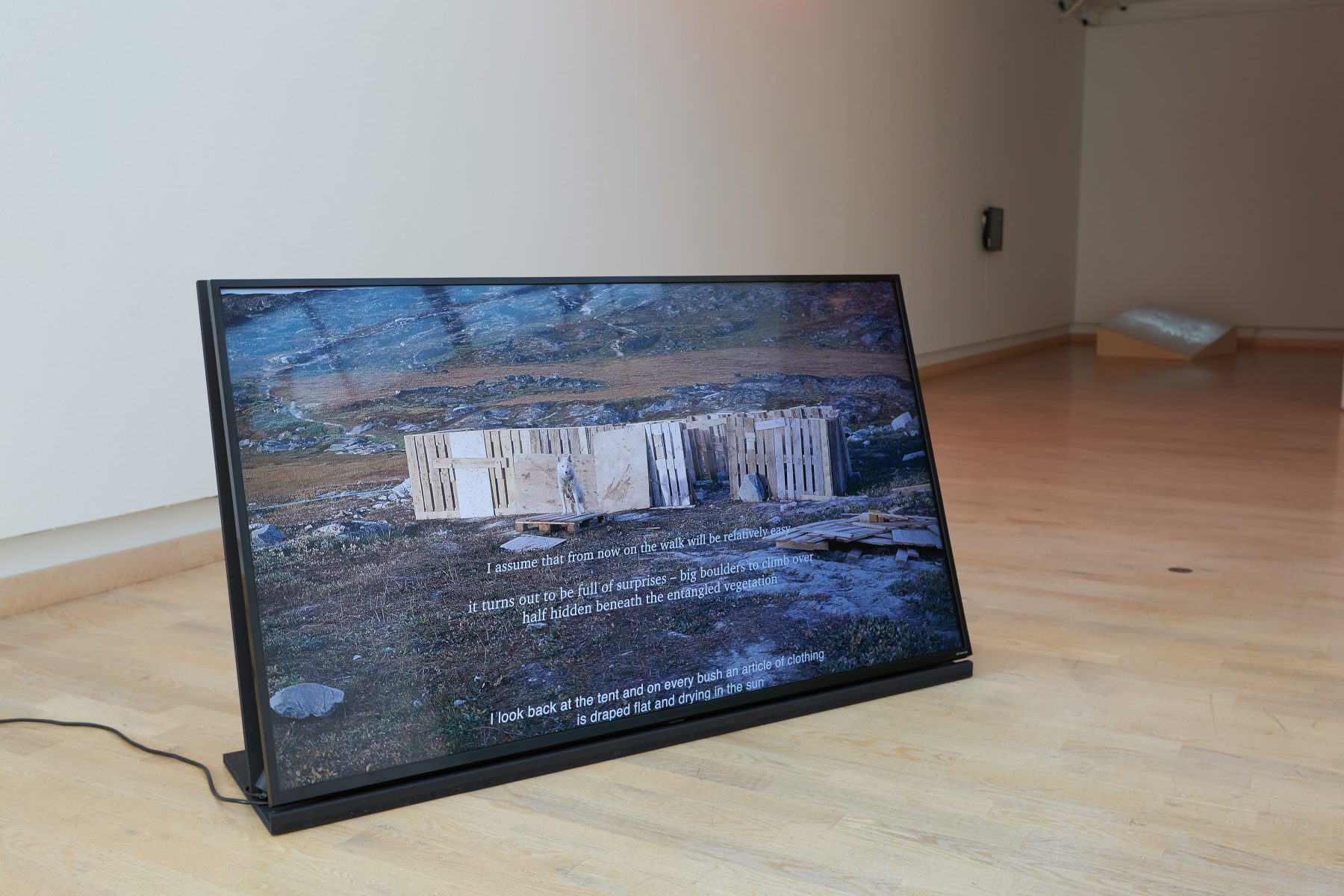 White Noise
2001
Video (53:00)
A text-based account of the artists’ five-day journey on foot through unfamiliar, uninhabited and possibly dangerous territory in Greenland, overlaying an image of a Greenlandic sled dog standing guard outside a makeshift wooden pen. Upon returning from the disorienting hike, each artist wrote these descriptive narratives, diarising their specific responses to the events along the way – to getting lost in the landscape, their thoughts, anxieties, expressions of wonder and even dreams, sequenced in the order they occurred. Though the beginning and end of both accounts are synchronised, the relative significance of the events to each artist and the short phrasing of the extracts disrupt the narrative sequence and emphasise the memory-based, dream-like differences of their individual experiences. Snæbjörnsdóttir/Wilson’s long enduring interest in human/animal relationships was sparked around this time, following their observations of sled dog colonies in the Arctic, more specifically, the fluctuating spectrum upon which the pack dogs exist in the north – from occasional companions and (rarely), pets, to working animals, barely removed