A Lamb Baste 13th November 200 7.30pm was a Radio Animal event by Snæbjörnsdóttir/Wilson.

Grizedale Arts hosted the meal at which a number of invited people, including artists, curators and arts facilitators, animal studies scholars, and local interested parties discussed the issue of ‘animal’, other-animal proximity and our mutual bordering. 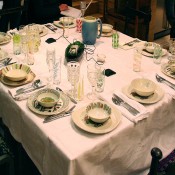 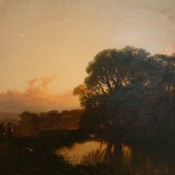 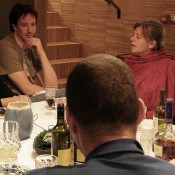 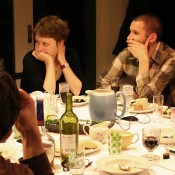 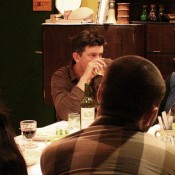 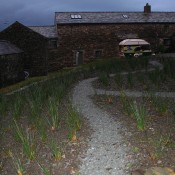 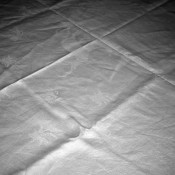 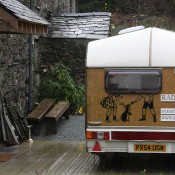 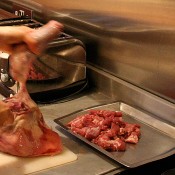 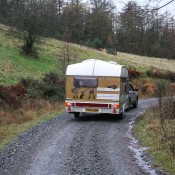 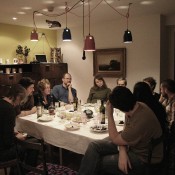 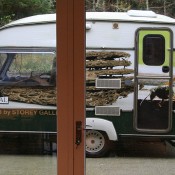 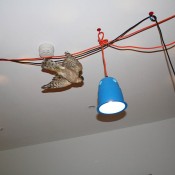 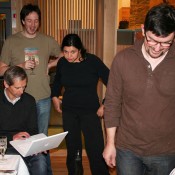 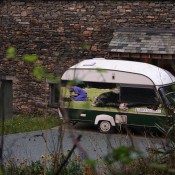 In advance of the event we published the following:–

“We want to approach issues of identity in relation to animals. Why are we culturally so ambivalent in respect of who we are and how we should behave in the presence of either the term ‘animal’ or indeed animals themselves. As human animals, culturally we tend to value those animals that are not ourselves or very, very like us, chiefly in relation to their effectiveness in fulfilling some human function or need, or conversely the threat we believe they might hold to challenge our will or comfort.

Awareness of self, a faculty we (human-animals) believe separates us from other species, has unexpectedly brought us a troubled relationship with non-human animals. Because of this it could be argued, that a necessary psychological distance has been established between us and those species over which we exercise the most control.

Because so much of what we are in adulthood is inherited, our subscription to this legacy, leads us to believe without question in the apparent cultural order of things. Such belief generally, is accepting of our dominion over others and an elevated evolutionary position in relation to other species and thus fails in turn to recognize an intrinsic interdependence between species. An acknowledgement of this, might well have helped us avoid many of the more difficult consequences we face today in respect of the environment and therefore paradoxically our own as well as everyone else’s survival.

The bottom line for such considerations is one concerning habitat – all species adapt well or less well, for better or for worse to different habitats and when those specialist habitats fail, an ability to move or to adapt quickly enough to survive, is tested. Uncertainty In The City (Snæbjörnsdóttir/Wilson’s project commissioned by Storey Gallery, Lancaster, UK) is a speculative, artists’ exploration into the relationship between humans and the animals that nudge at and breach the borders of our homes. At the heart of this enquiry is the membrane that is breached, whether this is a material ’skin’ of bricks and mortar, fences and land, or a linguistic contrivance.

Radio Animal has been on the road since early summer 2009, asking questions of people regarding their proximity with other species, and discussing their experiences with others in the home, hidden in the fabric of their home, in the garden and otherwise as they go about their daily business.

At a time when environmental peril is discussed as a global issue and overheard in some form by us on a daily basis, leaving us often with a sense of impotence in the face of the inevitable, artists Bryndís Snæbjörnsdóttir and Mark Wilson are examining what ‘environment’ might mean in a more intimate and domestic sense – where consideration of this term might trigger a more meaningful and evocative recognition for individuals and where the sharing of space between species and its consequences might resonate more powerfully, allowing some chance of new understanding (and even, new behaviour).”