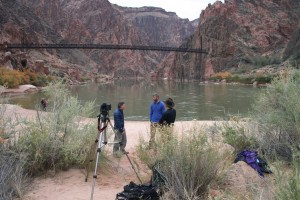 In our often belated attempts to steward, care for or ‘repair’ environments – when individual animals and animal populationas are transformed from beings and societies into data, what of consequence is really captured – and importantly, what is lost? 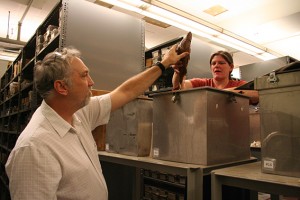 The project investigates tensions and cooperation among scientific, public, and corporate stakeholders in how we have managed the wilds and the public lands. As the artists capture the complexity of human groups each vying for their ideas about the future of endangered species, the art work becomes a figure for the larger difficulty of realizing any sustainable future. Who is included in the future and at what cost?

The exhibition due to  open in Arizona State University Museum of Art in Phoenix on 3rd of October 2014 explores how we perceive and communicate ideas of sustainability and how effectively we can engender collective responsibility regarding the environment. 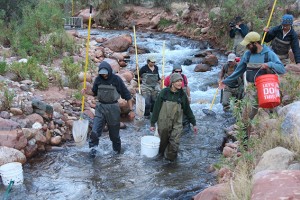 Bryndís Snæbjörnsdóttir and Mark Wilson have undertaken their research for this project in and around the Grand Canyon, Flagstaff, Vermillion Cliffs, Mohave Lake, and Phoenix, tracing the ‘wild’ water system from the Glen Canyon dam on the Colorado River to the urban homes of the desert. Working with Dr. Ron Broglio at ASU, they met with, interviewed and laboured alongside research scientists running conservation programs for endangered species. The artists immersed themselves in the respective environments and landscapes of these species and the associated conservation programs. 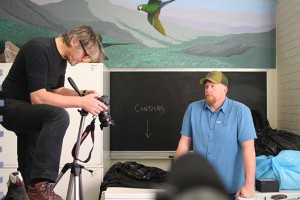 Since 2001 Snæbjörnsdóttir and Wilson have been working closely on projects which hinge on  specific relationships between non-human and human animals. Their inquiries have touched on extinction, colonialism, the naming of things, pet habitats, urban pest control and hunting, amongst other phenomena. The common thread is the relationships between humans and animals, and the insights brought by an examination of the margins where culture and nature collide. Previous projects have taken them to other kinds of ‘desert’, in the Arctic in Spitzbergen and Greenland and to Australia’s red center. This is their first major exhibition in the United States