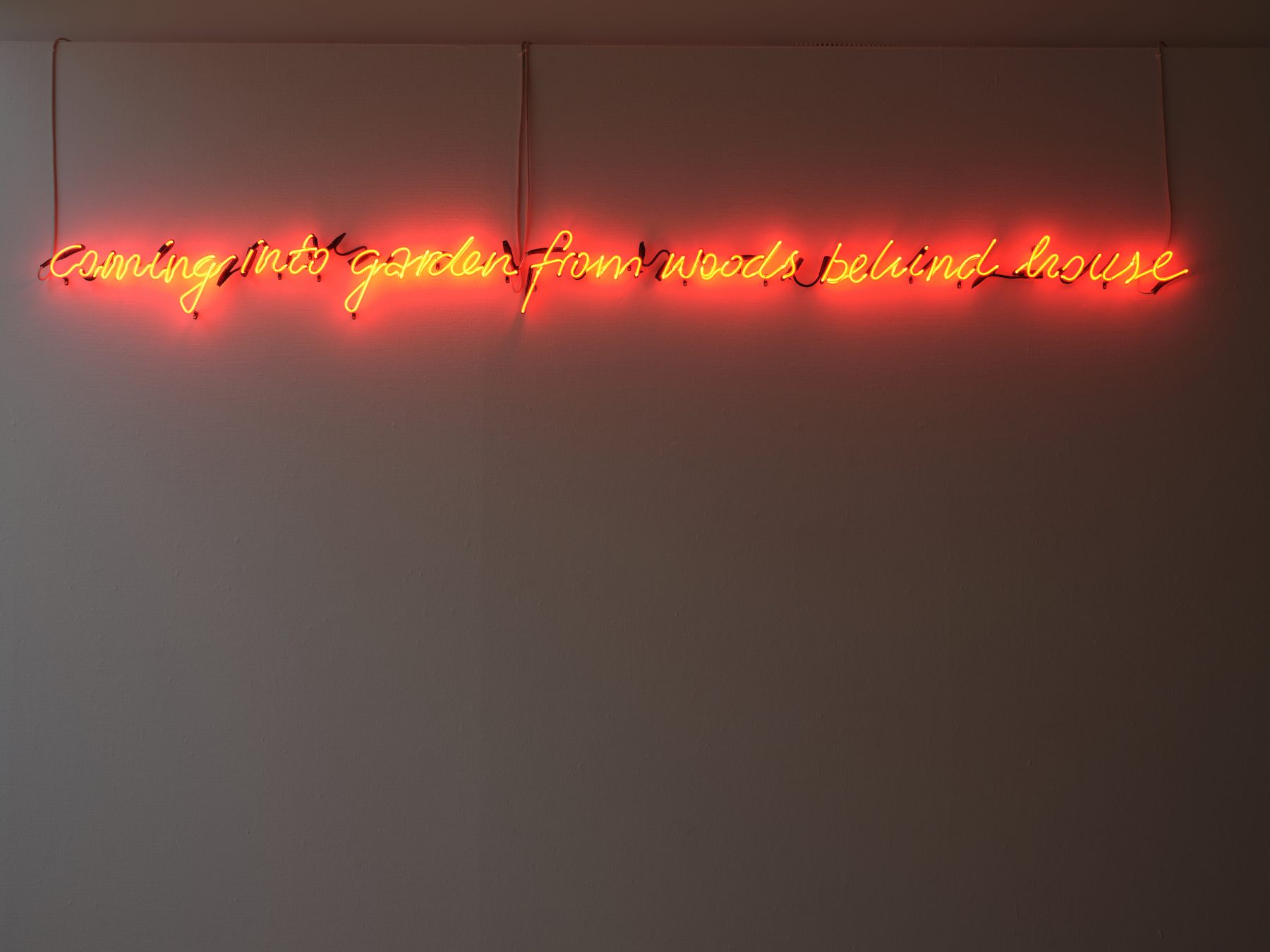 ‘coming into garden from woods behind house’ is one nervous extract from the Fox Reports, precisely as noted by the receiving pest control officer. The work is .from Uncertainty in the City 2008–2010. Initiated as research on the animals who choose to reside in or move across the borders and thresholds of human homes and gardens, Snæbjörnsdóttir/Wilson focus here on those whose activity, for the most part, is beyond human control, and about whose presence we are often ambivalent. They explored the questions: What is a pest? What is the relationship between fear or discomfort and a lack of control in this context? What are the inconsistencies in our responses to nature within our locality and the reasons behind such contradictions? And what is it about ourselves that begins to be revealed by the recognition of outsiders in our midst? Their findings reveal speculations on the different anxieties, limits of tolerance, unplanned disturbances and the desire for control we seek over wildlife, encountered in urban environments; how ideas concerning human-animal contact, encounters and cohabitation, shift according to their proximity to our homes.