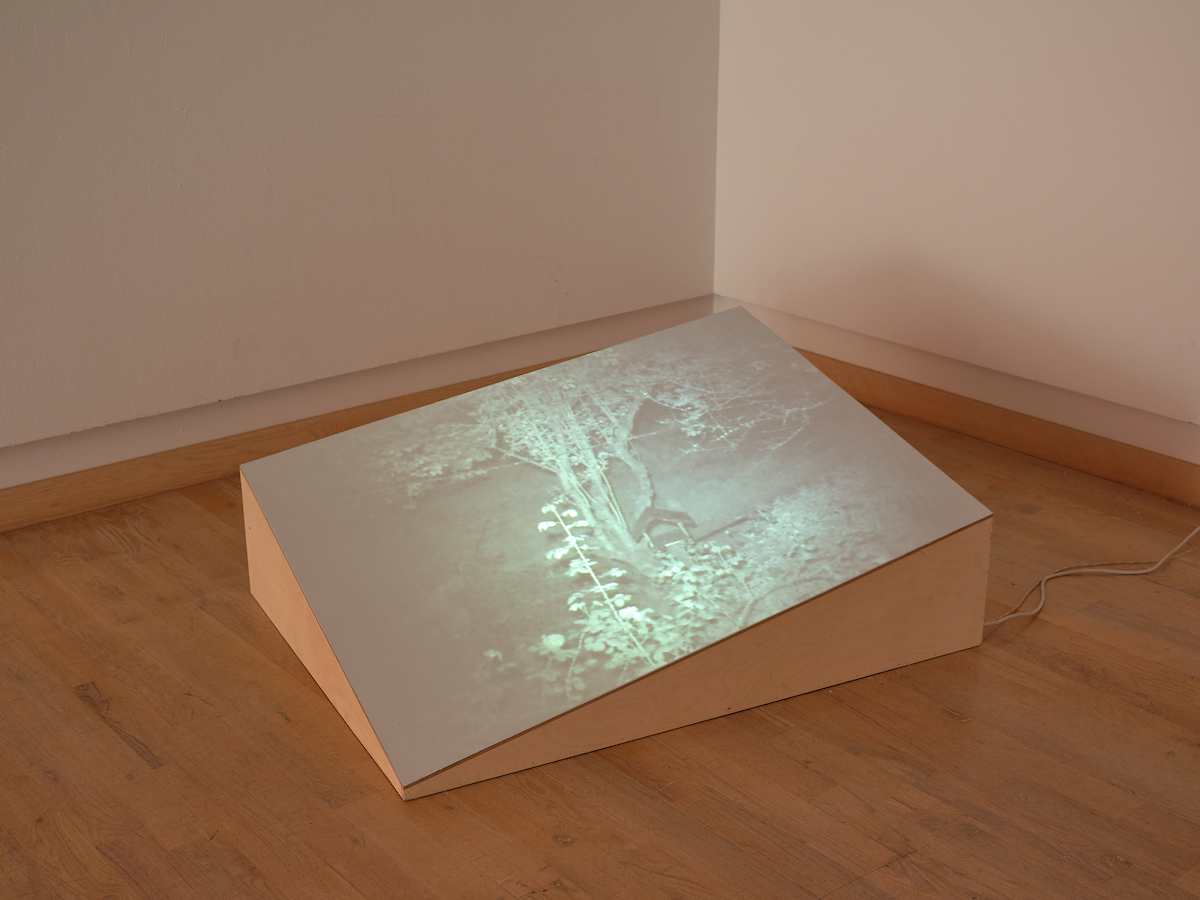 Nightvision
2010
Video (23:38)
Nightvision was filmed during both day- and night-time in a garden in South Glasgow. During the day, the camera pans the typical urban garden setting, through 360°, taking in the shed, the red swing, the old roller and compost heap. During the night-filming, the camera is fixed on some bushes, a bird table and a hedge. Towards the end of the piece, two pairs of bright, white eyes appear, one after the other and the shadowy forms of animals move from the frame to the centre of the image, beneath the bird table. The foxes stop for a while, their pointed ears visible, side by side. In this place, one preens the other before they both move on into the darkness.