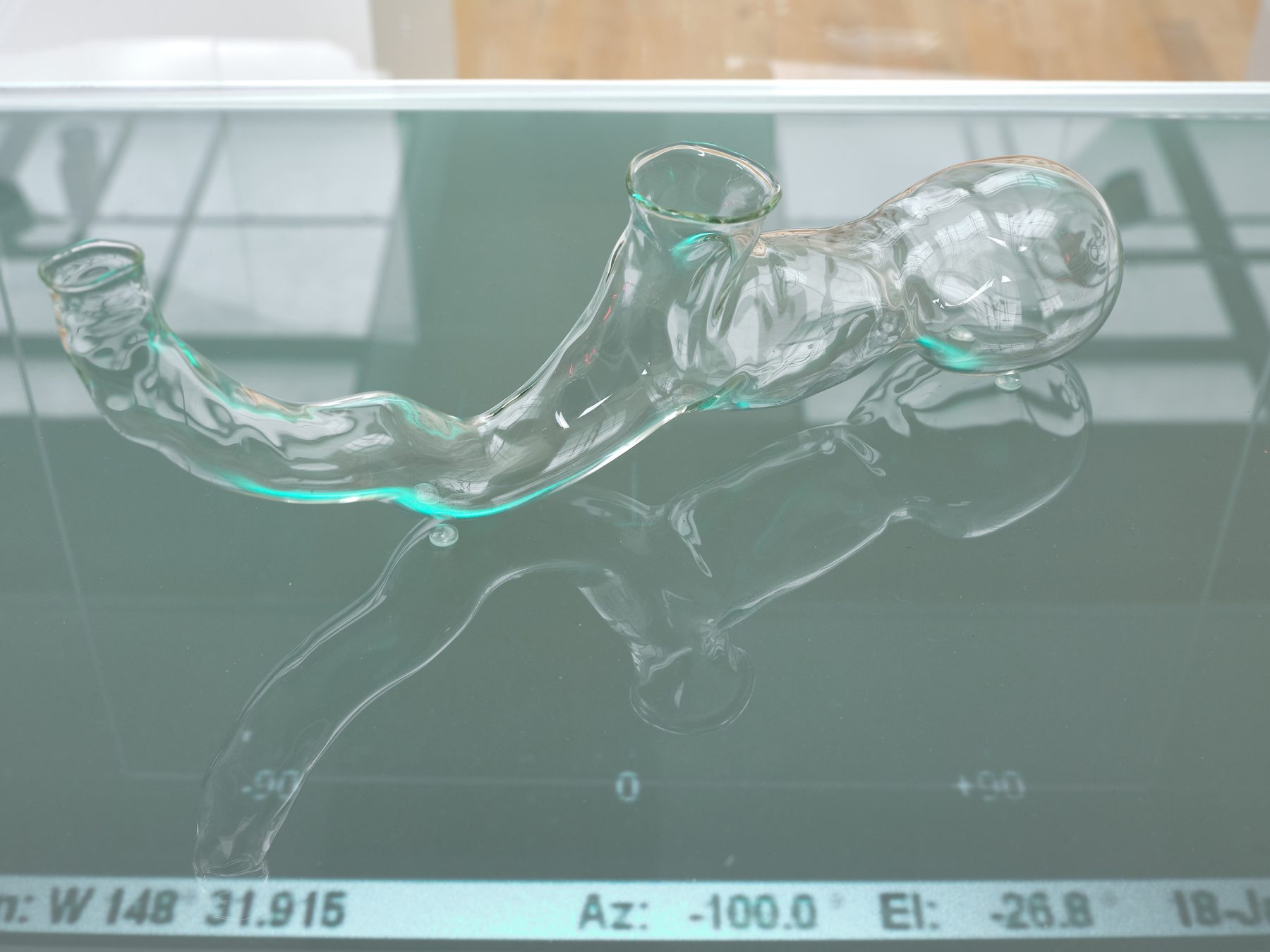 Matrix | 2016
Glass, projection, sound
These works grew from the artists’ fascination with polar bear maternity dens, both in their individuality and their ergonomic form. For six years, Snæbjörnsdóttir/Wilson researched different iterations of their denning in the arctic, finding that the outdated, romantic narrative of pristine isolation and barrenness in the northern circumpolar region is misleading.
Instead, polar bears share much of this territory in a complex relationship with multiple human populations, industry, tourism and scientific research; meaning that the bears’ dens are often found in close proximity to human sites. The works are scale models of specific, measured polar bear dens in the Alaskan North Slope Borough. Each den maquette sits on a glass screen, carrying projected video surveillance footage of the coastal area, captured using the Oil and Gas industry’s Forward Looking Infra-Red technology to identify, by thermal imaging, the presence of polar bear dens. If detected, ice roads serving the companies must be built or re-routed to a minimum one-mile radius of the den.